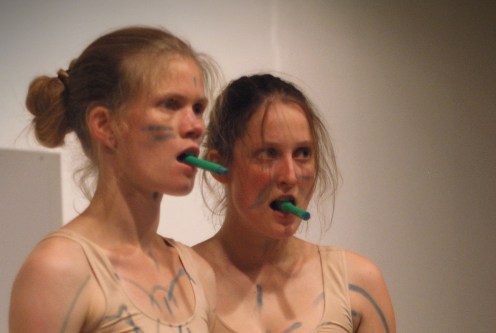 ROHN/WÆRSTED`s joint artistic practice circles around gender roles, the female body and sexuality through research based performance and choreography. Their first full production was the Live Art performance Collateral Damage, premiered in Oslo, Norway (2016). Currently they are working on the research project Blood and Soil.

Signhild Meen Wærsted, born 1985 in Norway, is a dancer, choreographer and performance-maker. She has a First Class BA (Hons) in Performing Arts and Dance from Liverpool Institute for Performing Arts. Since graduating in 2008 she has worked full time with contemporary dance through a combination of producing own work, performing for others and teaching. In 2014 she graduated from Goldsmiths College, University of London with an MA in Performance Making and her practice now also includes performance art and installation. Her work has been funded by the Norwegian Arts Council several times and she’s been artist in residency at both Dansearena Nord (Hammerfest, NO) and Scenerommet (Vestfossen, NO). Her most recent independent production was Bevegelsesmaskinen, an interactive children’s performance performed in Drammen (NO) May 2019.

She is employed as a dance and drama teacher at Kongsberg vgs. and Drammen Kulturskole. 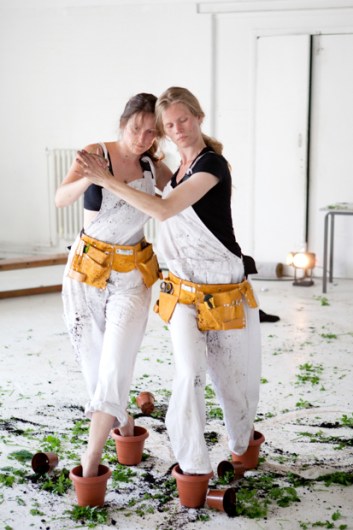 Hanna Rohn, born 1987 in Austria, is a dramaturg, performance-maker and sex educator. She completed an MA in Interdisciplinary Gender Studies and an MA in Theatre Dramaturgy at University of the Arts Graz, Austria. During her time as a student she worked for the sex education project achtung°liebe, that she later led for two years. In 2014 she finished an MA in Performance Making at Goldsmiths College in London and gradually shifted her practice towards contemporary performance and live art. In 2015 she has been awarded the Artist-in-Europe scholarship of Styria, Austria in Brussels and produced her first solo performance Love Letters to an Audience. She has also been teaching Gender in Performance and Sex Education for Performers at University of the Arts Graz.